When Did Grounded Jump the Shark? 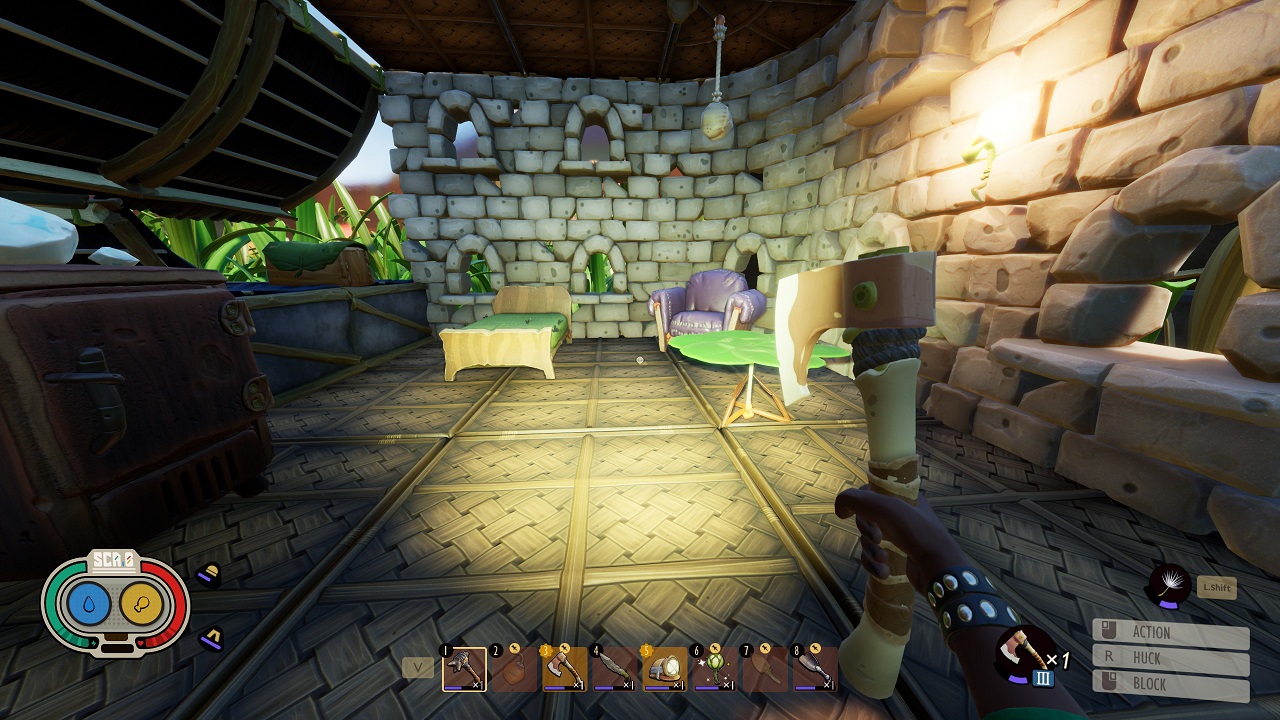 When I first started playing Grounded, back in early access testing and even early in the full game release, I was having a lot of fun with the game. Being this tiny person, walking on grass stalks, jumping on clover leaves and floating with dandelion tufts was nifty. Even harvesting bug guts and wearing them as armor, or turning them into tools, was pretty interesting. At some point in the past few weeks the game just took a downward spiral for me. I’ve heard people complain that the patch notes don’t cover all of the changes that get put into the game, and I have to wonder if that is part of what happened here.

My hubby and I had built a little fort up on the roots of the oak tree. We’d finished up a few of the objectives of the story. Everything was going fine, and then we hit a pretty big wall with game progression. Up to that point, we’d managed to find ways to run from, then kill from a safe height, several of the nasty spiders that lurked in our neighborhood. All of the sudden, those spiders were chasing us up the tree and murdering us in our little fort. We could no longer go to high ground and shoot them with copious arrows to avoid getting poisoned. Sure, it is more realistic for spiders to climb trees, but it certainly isn’t fun. Especially when there are so many of them and you can’t even bottle them up under the tree, they just spawn past walls meant to hold them. The pathing changes made to the bugs are not a welcome change.

Clearly we need better survival gear, and this is the point at which the game hasn’t sorted out progression. In order to get better gear to survive, you have to travel to places and kill things that you can’t really survive doing without better gear. This vicious cycle really hit home in the pond while trying to locate and explore the pond lab. You already have limited time underwater, but the designers decided to put in diving bell spiders in that zone that make it very hard to accomplish your goals down there before you drown. Trying to gather materials for better underwater gear and find the lab put the nail in the coffin for the game as far as my hubby is concerned. He plays quite a few survival games, so for him to throw in the towel on this one is pretty telling. You would not believe the hassle involved just getting a bone knife made, or building an oven. 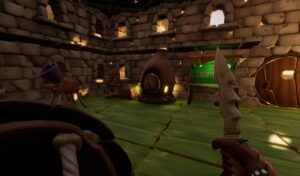 The game had some “challenges” added during the course of early access play and into the full release that I wish had been left out. They let mosquitos move into the yard and they ruined some really great places to explore and build. Maybe having them in the upper yard area in a few places would make sense, but they went a little overboard in where they hang out and how deadly they are in those fairly early game areas. It doesn’t help that the sound they make is very cringe-worthy for me because I react very badly to mosquito bites IRL. I get that they want you to be motivated to gather the resources to make zip lines to avoid those areas entirely, or make foods to buff up and heal, but the balance between fun survival and not fun survival has shifted into the not fun category in the past few weeks.

I’ve shifted a lot of my play time into creative mode so I can experience some of the higher end building materials. There is no way I’d spend the time gathering resources to build a lounge chair in my normal game. 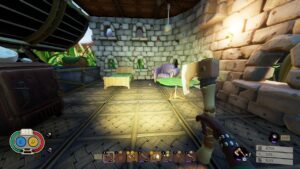 Building is another area where the designers have just not quite balanced the “realism” of how much your tiny person can carry around versus gating the building process behind a massive back and forth grind. If you are arguing for realism in a game where you are a tiny person making spinning wheels out of acorns, you’ve already missed the point. I read some advice about carrying around grass and stem pallets that helped quite a bit, but it is still extremely tedious to build with some of the early game materials. Chop, gather, carry, pallet, chop, carry, move, rinse repeat. This is helped by unlocking recipes for mushroom bricks that you can carry in your inventory, but you still need an oven to make those. Don’t even get me started on the need to BBQ yourself in order to pick up the materials you need to craft these more portable building materials. 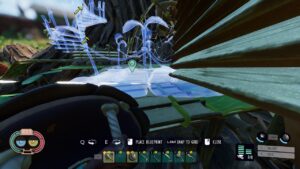 Zip lines are a really nice feature to make traversal of the yard a lot less of a hassle, and they’ve let you attach grass and stems to your zip lines to help you move those materials around. Annoyingly, there is a major bug in the game where the longer the zip line distance is, the more likely your materials will vanish when they get to the other end. I had a pretty significant anger moment when I sent two pallets worth of materials down a zip line only to have them go poof. 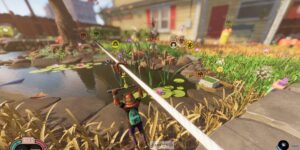 Survival games are one of those challenging types where there is a constant balance between making the survival aspects fun and giving players goals to improve their lot, versus tipping over into tedium and progression gating that becomes frustrating. Sadly, Grounded has tipped into the frustrating side of the scale for me. Now that I’m playing it solo, rather than experiencing the game the way the designers want me to, I’m going to turn it into easy mode and push past some of the gating challenges I’m facing with game progression. I may toggle the challenge mode back on once I’ve made some new survival gear, but I feel like the game has defeated me already because I’ve given in and made it custom.