Popular Games I Can’t Finish – It’s not you, it’s me 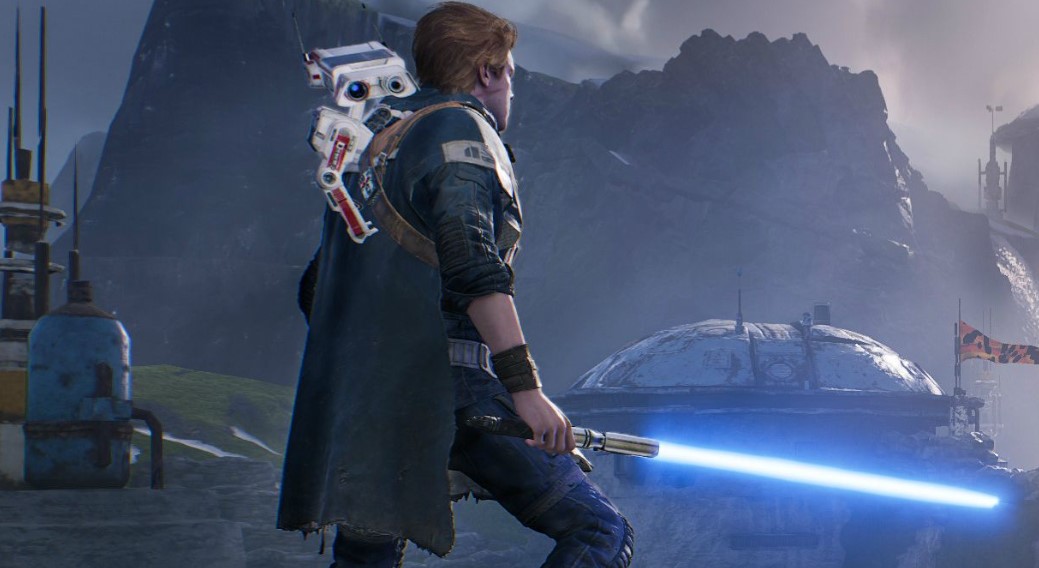 There are quite a few games in my various game service libraries that I’ve never finished. Even more that I own but haven’t installed yet, but that’s a whole other problem. Today I’m going to talk about games that I started to play but never finished. Many of these games are highly rated, beloved, great games that should have checked off all of my boxes, but some aspect of them made me walk away. I wonder how many of my readers are in the same boat, and if you’ve figured out what made you abandon a game?

Let’s start with one of the great mysteries of my MMO experience, Wildstar. This MMO should have had it all, humor, great music, unusual gameplay, housing systems, story, the works. I started playing it, tried a few different classes, and never got very far in the game. I definitely never got into the housing system or any “end game” type content. I’ve thought about it a lot, and there are a few aesthetics and game systems that I THINK are what put me off of the game. 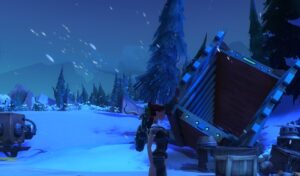 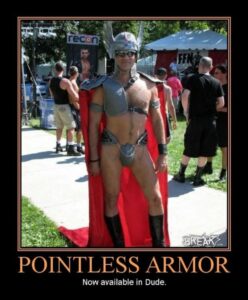 One of them was the caricatured chest thrusting female models. Sorry folks, I’d see my engineer standing around and it would make my back hurt. I know that seems like a silly reason to abandon a game, but there are MANY games out there that I won’t even touch because of the design of female characters and outfits. Warriors with two handed swords in spike heels and garter stockings… nope! I’m pretty sure that FFXIV skates just on the edge of this issue, but that game has such an overwhelming amount of outfits and looks that no one HAS to wear the skank stuff. But back to Wildstar and what eventually put me off of it. It was too over the top cartoony. Maybe if they hadn’t done the loud announcer voice guy every time you levelled up? Maybe if there wasn’t quite as much bouncing around and jumping mechanics? You get to read about my hate/hate relationship with Parkour mechanics below. In the end, the game didn’t feel like it was made for me, and the audience that it was probably supposed to appeal to doesn’t stick with one game for very long. For an MMO, that spells doom.

So, let’s talk about traversal, parkour, and rage inducing jump/slide mechanics. If that content is optional, I’m perfectly willing to play a game and ignore it as much as possible. If the game is fairly forgiving about the jumps and climbing, then I’m fine with it. Horizon Zero Dawn has a lot of jumping and climbing mechanics, but I rarely found myself missing my jump and getting angry and it wasn’t the majority of the travel. I loved that game and have played it more than once. That is not the case with Jedi Fallen Order. 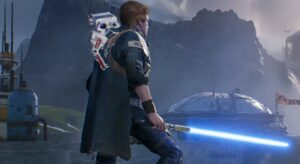 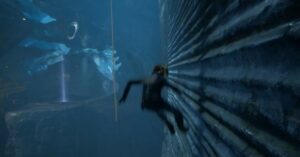 I don’t care how great the story is or how much I love the little droid friend and the lightsaber combat, I will never finish that game. I absolutely hate the traversal mechanics in the game. Zeffo made me rage quit so many times and I lost count of the number of times I ice slide off a curve and had to start all over again. We originally picked it up on our PS4 and it is a wonder that our controller didn’t end up smashed against the wall. People claim it isn’t as bad on PC, and I got it on PC on a great sale, but I have yet to go back and try to finish the game. So many people love the game and I just don’t get it. I really wish there were more people like me who told the developers to not put that kind of slide, swing, jump, BS in the next game. They took the whole “fallen” part WAY too literally. There is some sadistic gameplay designer out there absolutely chortling over people falling off walls and sliding over ledges over and over again. 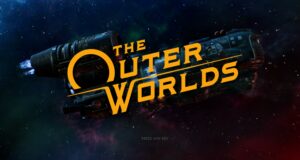 Let’s move on. Another game that I’ve walked away from and feel a strange reluctance to finish is The Outer Worlds. Again, this is a game that should check all of my boxes, but I lost interest and haven’t wanted to play much of it. The only thing I can think of that makes me reluctant to play is the whole corporate screw over dystopian part of the story. I don’t want to suck up to the scumbags in charge of the workers. Considering some of our own bleak existence, I guess I don’t want to be reminded of corporate greed and that message in the game is just too off putting. I’m pretty sure I will eventually finish the game, I don’t hate the gameplay mechanics. It just has to catch me in the right mood.

Divinity Original Sin is another highly rated game that several of my friends really love and I don’t. As a fan of DnD, I really should love it. I haven’t finished it, and I don’t know if I will finish it. The isometric, top down, scroll your view, click to move part just throws off my enjoyment of the rest of the game. It is just awkward, especially for someone who is used to steering with a mouse and where WASD keys in games move you around. 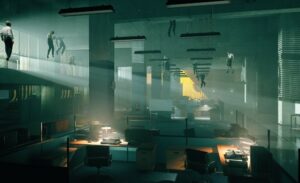 Finally, there is Control. This is another game we got on PS4 and I have on PC as well. This is such a highly rated game, and the exploration part, mystery and overall weird aesthetic is great. I played The Secret World for a while and you get a very similar story vibe that I found intriguing. Ultimately, Control (and The Secret World)  suffered from combat mechanics that put me off enough to overcome my desire to finish the story. I don’t know if I’ll try Control again. Maybe there are ways to get around the stupidity of walking into a room full of guards and shooting it out with a pistol with them. There is just something about the progression of powers and the combat scenarios that don’t feel very fun to me. Maybe your experience is wildly different.

So what makes you walk away from games? Do you always try to finish a game once you start it? Do you feel very differently about these games? I know that for many popular games, it’s not the game, it’s me who has the problem.