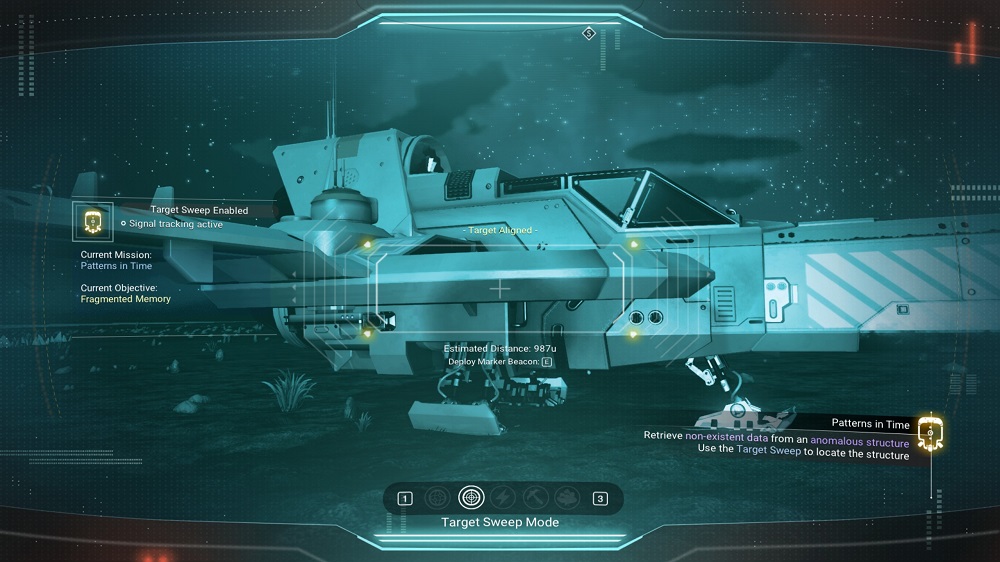 After about 230 hours of playing No Man’s Sky, I think I may be done with the game. While I admire the developers for their dedication and for putting out content updates so regularly, this is one game where you pretty quickly come to realize that you are playing the same thing over and over again, in a different skin. The weird thing is, it came over me pretty suddenly. Several little annoyances finally added up to disincentives. I think I need  to give up on doing quests in the game.

How do players overcome some of the odd bugs? In my save game from the most recent Expedition 8, I can’t seem to trigger the organic frigate finding mission, despite rebuilding the dream aerial a couple of times, moving it around into various inventories, wasting anomaly detectors, trying to get more of them in asteroid fields, being attacked by pirates, again, and finally just giving up on that as a goal. I have a different saved game, that I try to play co-op”ish” with my husband, where finding the first organic frigate was quick and easy.

There is a cycle of annoyances that becomes very apparent when you are out there trying to follow the storyline. Go to X planet’s approximate quest location, bump around until you happen to see the nearest building or ship, land and hope it is the right place or, UGH, use your scanner to find the direction and distance, hope you don’t get a nasty storm that blocks visibility so you have to sit in your cockpit or underground waiting it out, hope you don’t get aggressive sentinels, find your target, clear gunk, repair a terminal, rinse and repeat… I really dislike the target sweep mechanics, especially since you don’t get anything on your HUD while you are walking around that tells you how far you’ve travelled. If you end up on a planet with islands, it becomes even more a matter of randomly launch hopping, dreading the “incoming storm” warning that happens far too often. This is one game where too many gameplay mechanics get in the way of my enjoyment of the game.

I wish we had the option of turning off some of the game updates, like the pirates, or even the freighters that jump in around you everywhere you go. Once you’ve recruited your frigate fleet, it would be nice to not get jump/startled by them all the time.

If you play and enjoy the game, I’d love to hear how you keep it fresh, or what you do to help the annoyances not add up. Do you focus on just collecting things, finding your perfect ship type, building bases and unlocking tech and materials without questing for them? What keeps you playing despite bugs or repetitive gameplay?