Are We Part of A Mocktatership? 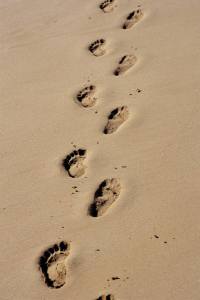 I’ve been watching a lot of memes, gifs, Twitter rants, and other social media “commentaries” hit my feed lately. I’ve come to the conclusion that as a collective whole, our social media communities can be a bunch of cruel, mocking jerks. I’m calling it a mocktatership. Personally, I’m taking a “cleanse” this week and opting not to watch my feeds or walls, at least on my personal spaces.

Are we squashing courage when we mock people for owning up to mistakes? In gaming communities, is the risk aversion overcoming the desire to innovate? Are we incapable of allowing people to make mistakes and then apologize for them? Are satirical gifs and memes going too far? Are we incapable of pointing out behaviors we find distasteful in helpful rather than confrontationally harmful ways? I’m starting to think the answer to these questions is a definitive “hell no! we really can’t.”

More than ever there seems to be a double standard in the communities in which I’m involved. The same people who are insisting that others treat them with respect, will turn around and viciously attack someone over a thoughtless mistake. Would they want to be attacked in that way? I don’t care if a person is making games, involved in the entertainment business, on the public stage in some way, it doesn’t excuse us from having a double standard.

Treat others as you want them to treat you. If I can go through my life remembering this and following it, I’ll be a much happier person. I hope that when I do mess up, I realize it and apologize for it, and that people accept my apology. If those of us who participate in online communities can do this, then we just might see more of the risk taking and innovation we desire, rather than the CYA behavior that a mocktatership fosters.

Sorry for the preaching, things just got under my skin lately. My Facebook is full of spewed garbage with no fact checking, just this shared rabid dog behavior I’ve come to loathe. I’ll get over it, but for now, I’m tipping over the bucket of ugly and letting it wash away.