And Now for Something Completely… Not Gaming 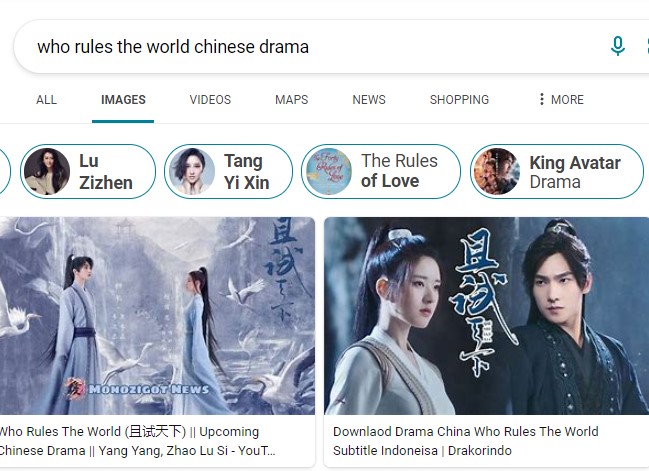 If you’ve read my bio, then you know that I’m part of a medieval recreation group called the SCA and have been for years. So it will come as no big surprise that I like swords. As a fan of TTRPGs and reading fantasy novels, I’m also a fan of sorcery. A couple of months ago I had to spend a few days resting in bed and ran across the perfect mix of my sword and sorcery interests on Netflix. Netflix has been featuring Chinese and K Dramas lately, several of them set in medieval China. I wanted something a bit different to watch and got hooked on one called Who Rules the World. The costumes in the show are absolutely lavish and I was mesmerized by how they could get the fabrics to flow so beautifully during wire work scenes. 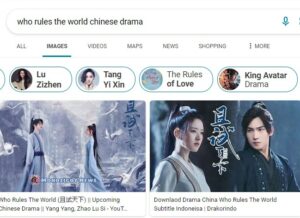 At it’s heart it is a love story. But it is also a story of the politics and intrigues of warring factions, with a shadowy nemesis lurking behind the scenes and pulling the strings of the conflict. The scenery is really beautiful and combined with the costumes and beautiful cast, it is quite the spectacle. If you are at all into wire work similar to Crouching Tiger Hidden Dragon, but kicked up a notch, you might want to check it out. I loved that the female lead was just as strong and powerful as the male lead, a perfect counter to him and a partner. The show was filmed at the largest movie studio in China, Hengdian World Studios, and it is 40 episodes long. I thought that was a lot until I started looking at other Asian dramas on Netflix that have many more episodes than 40. It is subtitled, but I actually prefer it that way.

The next show I picked is called The Alchemy of Souls and it is a Korean drama that incorporates wizardry into its martial arts. The costumes aren’t quite as lavish as Who Rules the World, but there is still some great scenery. The show has more subtle humor included in the interactions between the characters. The entire story can’t be streamed yet. They are still releasing new episodes of season one and have teased a season two, so I’m taking my time watching this one. The final episodes of season one should be out by the end of August. 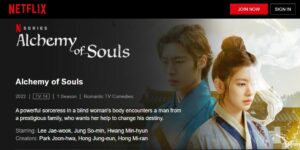 This is more of a fantasy than historical-ish drama. The main story is about a powerful mage who becomes accidentally trapped in a blind woman’s body. She encounters a man from a noble family who recognizes who she is and wants her to train him. She becomes a servant to the nobleman while also secretly teaching him how to fight. There is of course some political intrigue and a bad guy manipulating things. It has a great cast and chemistry between them, so if you are at all a fan of this type of show, you should give it a look. I’ve been watching it with subtitles because I find dubbed shows too jarring. I want to hear the actual actors speaking.

Do you get sucked in to watching shows like this too and do you have any good recommendations?